Verse by Verse Commentary: The Book of Mormon Title Page

Wherefore, it is an abridgment of the record of the people of Nephi, and also of the Lamanites—Written to the Lamanites, who are a remnant of the house of Israel; and also to Jew and Gentile—Written by way of commandment, and also by the spirit of prophecy and of revelation—Written and sealed up, and hid up unto the Lord, that they might not be destroyed—To come forth by the gift and power of God unto the interpretation thereof—Sealed by the hand of Moroni, and hid up unto the Lord, to come forth in due time by way of the Gentile—The interpretation thereof by the gift of God.

An abridgment taken from the Book of Ether also, which is a record of the people of Jared, who were scattered at the time the Lord confounded the language of the people, when they were building a tower to get to heaven—Which is to show unto the remnant of the house of Israel what great things the Lord hath done for their fathers; and that they may know the covenants of the Lord, that they are not cast off forever—And also to the convincing of the Jew and Gentile that Jesus is the Christ, the Eternal God, manifesting himself unto all nations—And now, if there are faults they are the mistakes of men; wherefore, condemn not the things of God, that ye may be found spotless at the judgment-seat of Christ.

The Book of Mormon Title Page

“it is an abridgment of the record of the people of Nephi, and also of the Lamanites”

Have you ever wondered why Mormon abridged the Nephite record? Why didn’t he just include the full record?

The simple answer is that there were far too many records to include in a single volume[2]Helaman 3:13-16, or probably a single room.[3]Brigham Young shared the following account: “I believe I will take the liberty to tell you of another circumstance that will be as marvelous as anything can be. This is an incident in the life … Continue reading

“written to the Lamanites… and also to Jew and gentile”

Who are the Lamanites?

Well, that one’s simple: they are the descendants of Lehi.[17]LDS.org defines Lamanites as, “A group of people in the Book of Mormon, many of whom were descendants of Laman.” Besides descendants of Laman, the people of the Book of Mormon often … Continue reading And while society loves to tell the latter-day saints that Native Americans didn’t come from the middle-east, Joseph Smith and the Lord called them Lamanites, and that’s good enough for me.[18]Joseph Smith was blessed with many experiences with both the Lamanites and the ancient inhabitants of the Americas. He met several of the people of the Book of Mormon, saw visions of the past, and … Continue reading There are also others, such as Polynesians, native Central and South Americans, and probably several native Canadian tribes that are also descendants of Lehi. It has very little to do with the percent of Lamanite blood. If a person has ancestry that can be traced to Lehi, they can consider themselves Lamanite.

Who are the Jews?

This one’s also simple. A descendant of Judah is a Jew. This is the tribe of Israel that is easiest to trace back, because we have a practically unbroken record back to the time of Judah.

Who are the Gentiles?

This is an interesting one. Those outside the church often claim that we call anyone outside the church a gentile. They probably make this mistake because they hear us use the word a lot, and place their own definition of the word on our use of it. Most people think the word gentiles refers to those who aren’t latter-day saints. They consider it synonymous with the word heathen (which Google defines as a derogatory term defined as, “a person who does not belong to a widely held religion (especially one who is not a Christian, Jew, or Muslim) as regarded by those who do.”[4]Google search: define heathen

This is a misconception. It’s true that the term has occasionally been used to refer to those outside of the church, but that use is rare.

We are much more likely to think of the word gentile in its Book of Mormon sense. And though this use is consistent with the term used in the Bible, it most often refers to modern gentiles, those of the latter days. The Book of Mormon discusses in great detail the role of the gentiles in the latter-days, saying that, “this land,” meaning the Americas, “said God, shall be a land of thine inheritance, and the Gentiles shall be blessed upon the land.”[5]2 Nephi 10:10 The book promises that the knowledge of the Book of Mormon “should come forth from the Gentiles, that he may show forth his power unto the Gentiles, for this cause that the Gentiles, if they will not harden their hearts, that they may repent and come unto me and be baptized in my name and know of the true points of my doctrine, that they may be numbered among my people, O house of Israel.”[6]3 Nephi 21:9

Basically, by the Book of Mormon definition of the word gentiles, almost all of us are gentiles. I’m a gentile. My family is a gentile family, and the promises of the Lord are extended to us so long as we repent, come unto the Lord, be baptized, and follow His doctrine. If we do so, we will be numbered among the house of Israel, and even adopted into that house. The term gentile is neither a derogatory term nor a negative thing at all. It refers to bloodline. Those who are not of the line of the 12 tribes of Israel are gentiles, and the Lord promises that those who follow him, from whatever bloodline, will be blessed.

Written by way of commandment, and also by the spirit of prophecy and of revelation

According to the angel in John’s revelation, “the testimony of Jesus is the spirit of prophecy.”[7]Revelation 19:10

“hid up unto the Lord”

During Nephite times, a unique curse was laid on this land (I have no idea if the curse was lifted later or not), which states, “whoso shall hide up treasures in the earth shall find them again no more, because of the great curse of the land, save he be a righteous man 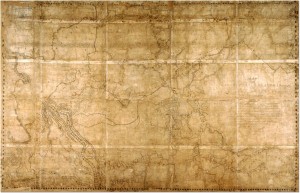 Since the priesthood has the power to bind and seal on earth, it would be no surprise to one day learn that the Book of Mormon was sealed and protected to come forth in the Lord’s own due time.

Neal A. Maxwell gave one of the most beautiful descriptions of the experience of reading the Book of Mormon. he said,

For my part, Brothers and Sisters, I am glad the book will be with us “as long as the earth shall stand.” I need and want additional time. For me, the Book of Mormon is like a vast mansion with gardens, towers, courtyards, and wings. My tour of it has never been completed. Some rooms I have yet to enter, and there are more felicitous fireplaces waiting to warm me. Even the rooms I have glimpsed contained further furnishings and rich detail yet to be savored. There are panels inlaid with incredible insights, and design and décor dating from eden. There are even sumptuous banquet tables painstakingly prepared by predecessors which await all of us. Yet we as church members sometimes behave like hurried tourists, scarcely venturing beyond the entry hall. May we come to feel as a whole people beckoned beyond the entry hall. May we go inside, far enough to hear clearly the whispered truths from those who have slumbered, which whisperings will awaken in us individually, a life of discipleship as never before. [11]Neal A. Maxwell, The Great Answer to the Great Question, FARMS audio cassette, Deseret Book.

I feel the same way.

“to the convincing of the Jew and Gentile that Jesus is the Christ, the Eternal God,”

This convincing is so needed![12]“Noted on the very title page is the book’s special role in “convincing” mortals “that Jesus is the Christ” (see also 2 Ne. 25:18). In a day of disbelief and equivocation regarding … Continue reading

If the Book of Mormon does no other thing for people than bring them to the Savior, it is a miracle beyond expression. No wonder the prophets call the Book of Mormon a cornerstone of our faith.[13]Gordon B. Hinckley: “the Book of Mormon. I hold it in my hand. It is real. It has weight and substance which can be physically measured. I open its pages and read, and it has language both … Continue reading No wonder, also, that this is it’s chief purpose,[20]S. Dilworth Young: “That is its chief purpose: to bear witness for Christ to the convincing of Jew and gentile that Jesus is the Christ and that his gospel is for all men.” S. Dilworth … Continue reading and as such, it is the most precious book possessed by man [21]David B. Haight said, “The Book of Mormon, a record of the inhabitants of ancient America, was translated by ‘the gift and power of God’ and made available to all people. Its pages … Continue reading The Book of Mormon is a genuine miracle.[14]Gordon B. Hinckley: “Brethren and sisters, if there are miracles among us, certainly one of them is this book. Unbelievers may doubt the First Vision and say there were no witnesses to prove … Continue reading

“if there are faults they are the mistakes of men; wherefore, condemn not the things of God”

In my opinion, this is one of the most valuable statements from the title page. The Book of Mormon, though the most correct book on 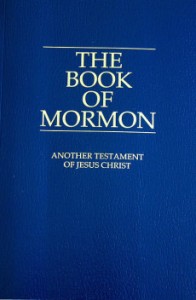 earth[15]“I told the brethren that the Book of Mormon was the most correct of any book on earth, and the keystone of our religion, and a man would get nearer to God by abiding by its precepts, than by any … Continue reading, is not perfect. Neither were its many authors or its translator. But they were prophets. We can trust their words. Some people stop with the first line, “If there are faults they are the mistakes of men,” and leave it at that. But the major point here is, “condemn not the things of God.” The Book of Mormon is the word of God. It contains the fulness of the Gospel, and one of the greatest issues we will deal with in this life is how we respond to the question, “Is the Book of Mormon the mind and will and voice of God to man?”[16]Ezra Taft Benson: My beloved brothers and sisters, we hardly fathom the power of the Book of Mormon, nor the divine role it must play, nor the extent to which it must be moved. “Few men on … Continue reading

I testify that it is.

One thought on “Verse by Verse Commentary: The Book of Mormon Title Page”